Coming of age in Miami 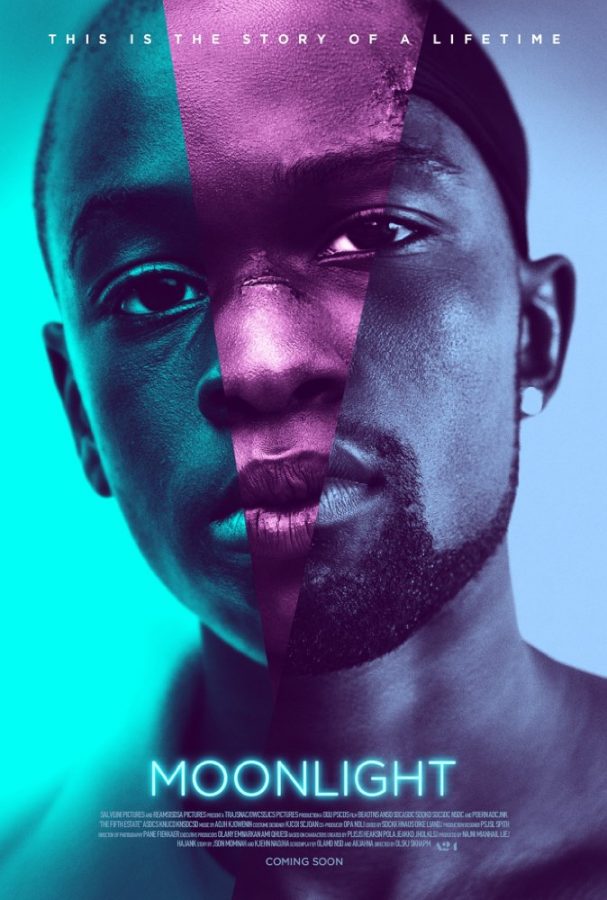 The film ‘Moonlight’, which was released this past October, tells the story of a young boy, growing up in a poor, African-American neighborhood in Miami, Florida.

The story is told in the form of three chapters. The first chapter, “I. Little,” starts off with Chiron (Alex R. Hibbert) as a child who has been given the unfortunate nickname, Little by his fellow classmates.

The film begins with Chiron being chased down by a few bullies from school. In desperation, he finds an abandoned apartment where he hides out from the bullies.

This is where Juan (Mahershala Ali) finds Chiron. The boy doesn’t say a word to explain who he is or where he is from, so Juan takes him home and lets him spend the night.

This results in a relationship in which Juan becomes like a surrogate father to Chiron. The chapter in the film also reveals Chiron’s dysfunctional home where he is living with his drug-addicted mother Paula (Naomie Harris).

Unfortunately for Chiron, she engages in crack-smoking and bringing home strange men. This becomes a common factor in the young boy’s life, thus setting the stage for some of what is to come in his life.

In the next chapter, “II. Chiron,” Chiron is now a teenager (Ashton Sanders), dealing with problems that many teens face in high schools such as puberty, sexuality, and bullies.

In this chapter, Chiron also begins to experience love and to explore his sexual orientation. He becomes devastated and heartbroken when his first love eventually betrays him. The consequences of this betrayal ultimately change Chiron’s life in unexpected ways.

The film elegantly portrays Chiron’s downfall and stunningly segues into manhood where Chiron is fully grown and ultimately out of the awkward phase of high school and the drama that follows.

In the third and final chapter, “III. Black,” Chiron is a grown man (Trevante Rhodes) living in Georgia and has seemingly come to terms with the circumstances of his life.

His mother has come to a place where she has cleaned up her life and now is trying to fix the brokenness between her and her only son.

The two of them shed tears together and their love is restored. Chiron also has an opportunity to see his high school love and finally come to terms with his sexuality.

“Moonlight” beautifully portrays the life of a child growing up poor, black and struggling with his own sexual orientation.

It also paints a picture of those around him, as flawed, imperfect people who are capable of love.