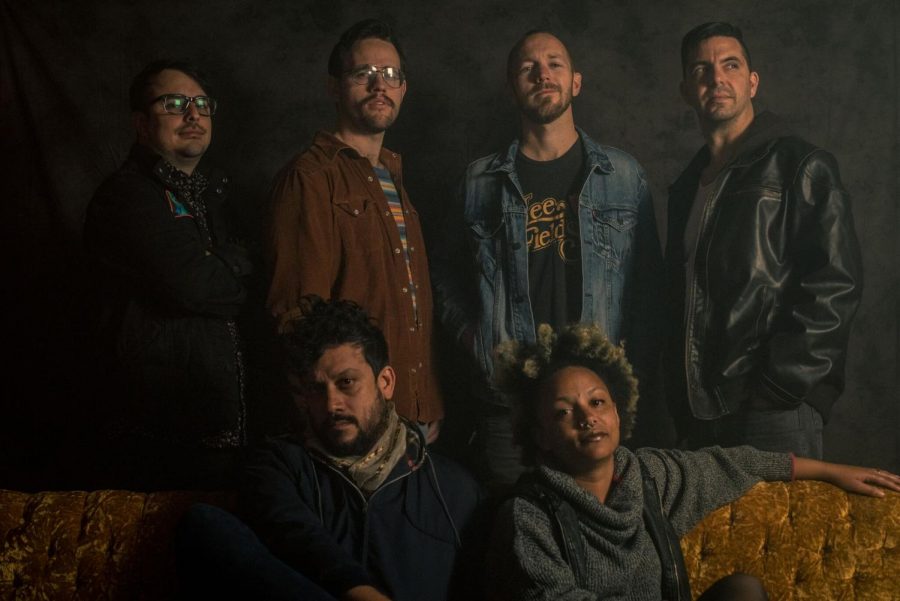 You may recognize the song lyrics. Now, get ready for a band with the same name.

Coming out of Orlando is the Sh-Booms, a garage-soul band, featuring singer Brenda Radney, who sang on Justin Timberlake’s “The 20/20 Experience, Pt. 2.” In September, the Sh-Booms are going on the road with KOLARS to support their March debut full-length album, “The Blurred Odyssey.” The album was produced by Grammy-nominated Alan Armitage, who has also worked with Boyz II Men, *NSYNC and Ginuwine.

Bandleader Al Ruiz said, “We’re excited to embark on the next leg of the Blurred Odyssey release tour supporting our mates, KOLARS! Joining us on tour is projectionist Pez D. Spencer of Man Or Astroman?. With the addition of his visuals to our set, the live show has become auditory and ocular mayhem. We hope to see a ton of familiar faces in the crowd.”

The Blurred Odyssey tour will come to the Crowbar Tampa, September 27.

The Sh-Booms have been getting a lot of great publicity. They won “Best Local Album” in the Orlando Weekly.  Also, Little Steven’s Underground Garage gave them a “Coolest Song in the World” for “Leon the Hustler.” They have won the “Best Soul Act” multiple times in the Orlando Weekly annual ‘Best of Orlando’ issue.

In 2017 and 2018, the Sh-Booms toured with the legendary B-52’s, whose Kate Pierson called “…soulful and bluesy and all the things you would want in this sometimes humdrum world of modern music. Our crowd loves them!”

The band has played in festivals and venues like Austin City Limits, Okeechobee Music Festival, SunFest and Gasparilla Music Festival. Their music has also been featured on NPR and the CW’s “Supergirl.”

The Sh-Booms classify themselves as a garage-soul band influenced by The Kinks, Aretha Franklin, The Sonics, Otis Redding, among others.

Their live shows are fun-filled events where the band members put all they have into their performances.

The Orlando Weekly says, “People want to slap a ‘soul’ label on the Sh-Booms, but anyone who’s seen them drench the stage in whiskey and sweat can attest to the fact that their blood is pumping with so much more than that.”

While you wait for the Sh-Booms live on September 27, you can visit their home page (http://www.theshbooms.com/), Facebook page (https://www.facebook.com/theShBooms/), watch videos for “Leon the Hustler” and “Audible” on YouTube and stream their music on all major platforms. Advance tickets are available at http://www.crowbarybor.com.