From Arabia to the world: A universal message in “Arabian Alien” 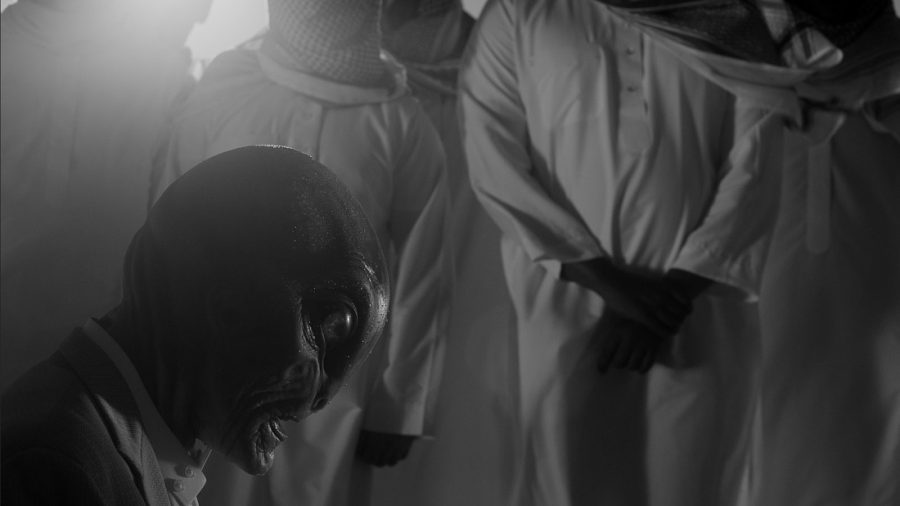 “Arabian Alien,” a film written and directed by Meshal Aljaser, analyzes the lack of freedom in Muslim countries through the lens of homosexuality. Without risking an ethnocentric approach, the substantial differences between the Western and Eastern countries regarding cultural and sexual practices have a notable impact on minority groups.

“Arabian Alien,” which premiered in the recent Sundance Film Festival, portrays the story of Saad, a man whose name seems to reflect his current emotional situation. The character is married to a woman he does not love because his society forces Saad to disguise his actual sexual orientation. In the film, homosexuals are portrayed as banana-eating aliens with the stereotypical extra-terrestrial mask. Society alienates them for being different than the rest of humans, the traditional heterosexual majority.

Aljaser’s film uses traditional symbols as the peach and the banana to trivialize sexual conduct. Such a resource helps avoid making sex the center of the film. Saad’s wife offers him peach pie, and his eating of the treat provokes her pleasure and the birth of their baby. Additionally, the depiction of homosexual intercourse is a mere banana exchange between aliens.

Although based in Arabia, a story like Saad’s can pertain to other Muslim countries. According to The Guardian, “in Saudi Arabia, Sudan, Yemen and Mauritania, sodomy is also punishable by death – though no executions have been reported for at least a decade.” Even though the absence of registered executions of “sodomites” does not exclude their existence, it reaffirms the impossibility of living freely in those countries. “Arabian Alien” provides proper evidence to the latter by reflecting the treatment this minority group receives in Muslim countries.

The film presents a love story between two individuals in a context that hardens their interaction. Saad’s happiness is not fulfilled by his wife or child, but by the mysterious alien of whom he enjoys the sexual company.

Eventually, society sends Saad back to reality as his dreamed love story is shattered. The aggressive look on his wife’s eyes that now perceive him as an alien establishes an apparent dichotomy: to turn himself into the authorities or denounce his alien partner. The pressure becomes excruciating for Saad, who tearfully contemplates his alien partner being publicly whipped for indecent behavior.

“Arabian Alien” can be read as a moral lesson to those who do not live in Muslim countries. No culture is better than others, but often Americans do not appreciate the freedom of Western nations. Furthermore, the short film demonstrates the real barriers for homosexuals are not only legal but societal. The laws did not force Saad to turn his partner in; it was his wife, who ultimately determined his fate.