HCC Ybor campus students come together to make a difference with environmental projects. 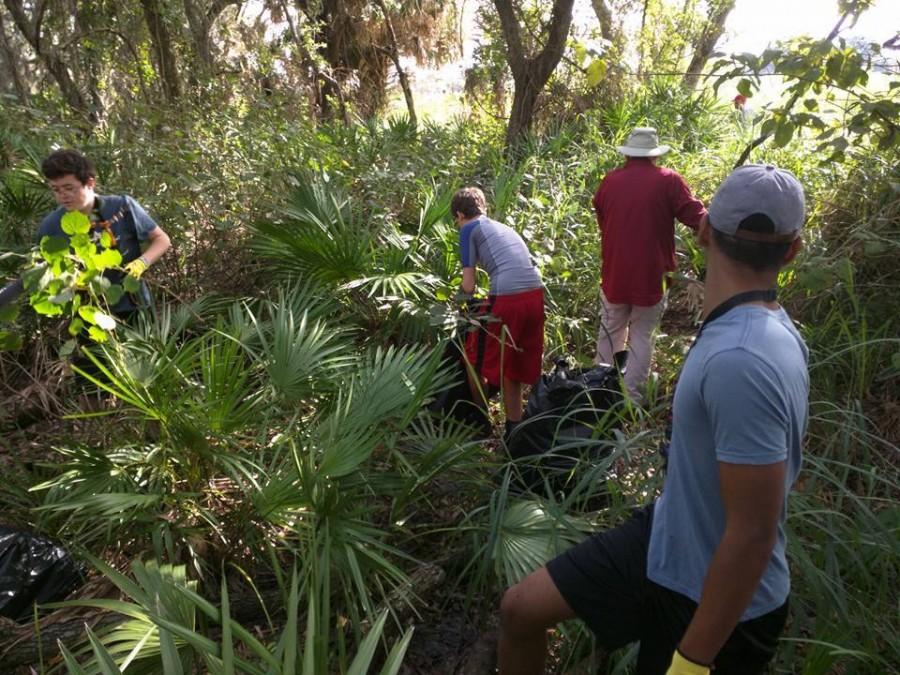 Members of SFE join together to clean up nature trails.

The Students for the Environment club (SFE), was formed by SGA January 2015 by students Lloyd Escuyos and Magdiel Aguilar. Both students wanted to make an impact on the community and started by creating a club.

“Basically we wanted to bring awareness to the school itself, about the environment and bring likeminded people together,” commented Aguilar, vice president of the club. The club is open to those who seek to make a positive impact on the world.

During its inception, the club created many projects to match their intentions. Club officials recruited new members last fall, and went on a fieldtrip to the Florida Aquarium. There, students were allowed a glimpse behind the scenes of how animals are treated during their maintained routines.

The club members also had the opportunity to volunteer at the Cockroach Bay. Volunteering allowed the students to learn more about the invasive species and how fast roaches can spread.

Jonah Clark, Student Government representative, described the whole outing experience as “very messy yet surprisingly very fun,” although it involved insects that are known to to some to be appalling to the eye.

The club members also hosted a tour at the Desalination Plant center located near the TECO power plant. The facility provides millions of gallons of fresh drinking water derived from salt water.

The SFE plans on creating many future events that students can participate in such as going on camping trips, kayaking and local community events.

These events may include teaching others, as well as how to recycle, to take care of bees and relaying vital information about environmental dangers.

The clubs goal for the spring semester however, will be revolving around the Legacy club project. Alumni as well as new members will be working together to build a tower garden on the wall outside room 207 in the Ybor building.

Club president, Escuyos, released a statement regarding the project, “The legacy project will allow HCC to grow its own food and tea and students can use and gather from it for free.” The food wall will be maintained by Hillsborough Community College students that joined the SFE organization.

The club wants to form a system in which students gather greens by hand, and in turn hopes that students will grow an appreciation for nature.

Paul Rabaut, SFE club adviser, even goes as far as to call the system “sustanibiliTEA” as a clever play on words to represent the project.

The vision is to have students around campus drinking tea from the food wall.

Anyone can take part in the legacy project; there is no deadline to join the club, and all HCC students are welcomed to join in at any time.

Club president Escuyos shares how SFE has impacted him personally, he shared, “Joining the club made me more aware of composting and how bad our environment is getting; it has taught me how to live a more sustainable lifestyle.”

The organization’s Facebook page is Students for the Environment Ybor Campus. Also, information about projects can be found by serching for SFE in the HCC website or visiting: http://www.hccfl.edu/br/ sfe.aspx.

To contact club members or find out the next meeting time, email Vice President Aguilar at maguilar12@hccfl.edu.