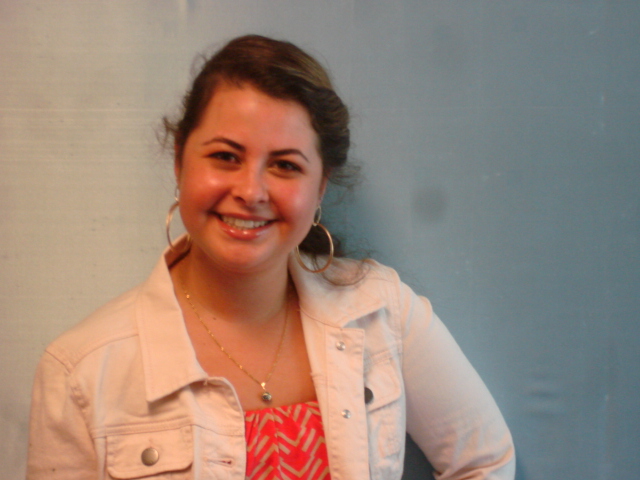 “I wish people knew that I wasn’t so quiet.” For the past two years, Elizabeth Wherry has been a writing tutor at the Plant City Academic Success Center. Since Feb. 1, she has been the lead tutor. Wherry likes “talking and interacting with people.” She has lived an interesting life and enjoys being around people.

Wherry believes she has a “personality that is people-friendly” and adds she, “can talk to people easily.” Her outgoing personality comes from family experiences. While attending Brandon High School, she learned that she and her brother, Nate, had “the same type of friends.” People did not know they were related but would eventually find out. One story she recalls is when a friend of hers came up to her and told her he just finished playing basketball with her brother. She said, “Oh, that’s weird.” She says the best was when people would find out Nate was her brother and then proceed to tell her things he did.

Before living in Hillsborough County, Wherry lived all over the United States. Her mother, Rose Vazquez, was a career naval officer and moved around a lot. Wherry was born when her mother was stationed in Bremerton, Washington. They then lived in Virginia and California, which Wherry really liked. When Wherry was in the third grade, her mother was transferred to Cuba for 18 months. Unfortunately, Wherry and her brother did not get to go with her. Instead, they had to move to South Carolina with their dad and his new wife.

Wherry “hated South Carolina” because her dad lives in a “rinky-dink old town” that she thinks is “gross and dirty.” What made it worse is that her stepmom was and is a teacher there. She felt like people thought, “Oh my gosh, that’s the teacher’s daughter and she gets special privileges.”

When the 18-month tour of Cuba was completed, Wherry’s mother retired and moved to Mississippi for three years. In 2010, they moved to the Tampa area to be closer to family. Wherry claims to be from Florida since that is where she has lived the longest.

After high school, Wherry started attending the University of South Florida, where she studies accounting. She wants to minor in marketing or management. She wants to use her people skills to possibly start her own business. “I want something that will be beneficial. I thought about food because everyone loves food and it’s not going to go away, but I’m not a chef or anything. I’ll run it all but I need a worker.”

People have asked why she is a writing tutor if her studies all center on business. “My mom said, ‘there is someone at church who works at HCC, and you should apply.’” Her mom believed she is a good writer and would make a great tutor. Wherry enjoys the job, especially when she has students come in multiple times. She does, however, sometimes worry when she tells people they need to make extensive changes and they get mad.

Wherry says, “There was one student who became irate and refused to make the changes I suggested as if I wasn’t a tutor who knew what I was talking about. When I told him changes to make, he got mad at me and practically yelled, ‘Well, I think my way sounds better and I’m sure my teacher would agree! I’ll just leave my paper as is and submit it.’ I was silently crying, but I just nodded and wished him the best of luck.”

In general, Wherry likes the people who use the Success Center and loves seeing them do well.

If she did not have to work and had all the money she needed, Wherry would like to own a few houses she could rent out. She may even like to have some in different places so she could go there and say, “Oh, I have a home here. I can go here.”