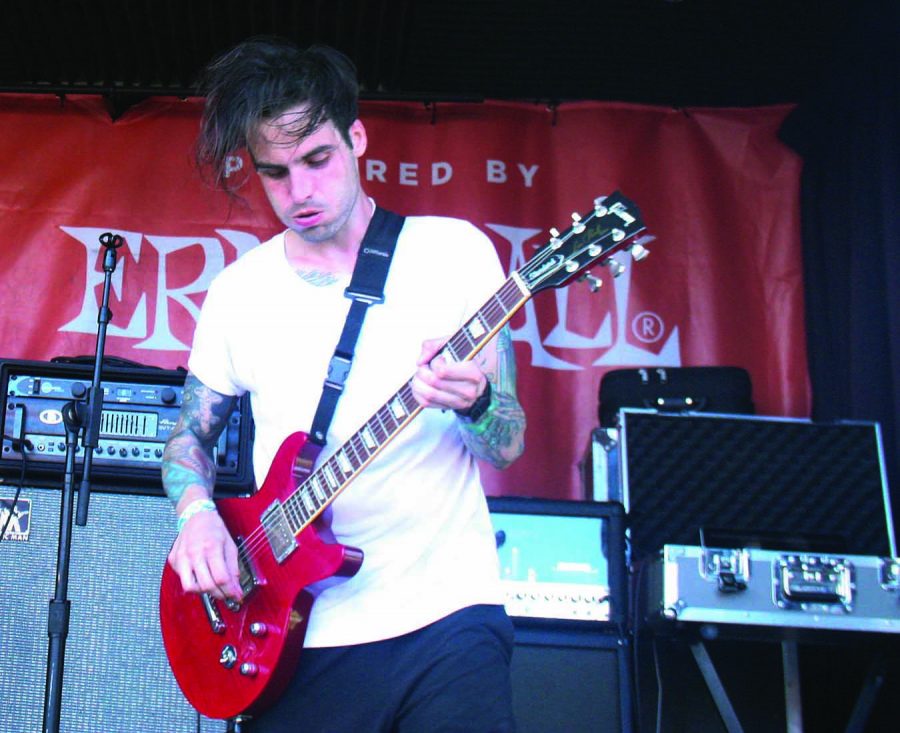 What makes Jordan Hunter special? He is an HCC graduate and a guitarist for Tampa based post hardcore band LIMBS. When asked about other bands, Hunter says, “I grew up listening to a lot of Blink-182. They’re definitely one of my favorite groups of all time. Another all-time favorite artist is Justin Vernon of Bon Iver. Pretty much anything he writes is incredible in my opinion. Currently, I’ve been heavily into both J. Cole and Architects.”

Hunter has always loved music. It’s pretty much been the only constant thing in his life since he was around 8. He started listening to heavier bands similar to LIMBS in high school. The first concert he attended was AFI, Thursday and Coheed & Cambria in Pensacola in 2004.

According to Hunter, “LIMBS started as a solo project that our vocalist created. With time, it progressed to an actual band, and we started touring. There were a few member changes before we arrived at our current lineup, but since the band rebranded to LIMBS, it’s been the same. We’ve been touring North America for about three years now and have released two EPs and one full-length record.”

LIMBS records for Austalia-based UNFD (http://www.unfdcentral.com/). The label has worldwide distribution through The Orchard, a Sony subsidiary. It has offices in both London and Los Angeles, which is how LIMBS came into contact with UNFD and was signed.

The band’s newest album, “Father’s Son,” was recorded in December 2017 in Los Angeles and was released in April. Hunter says, “We recorded it with engineer/ producer Beau Burchell (Saosin, Senses Fail, ERRA, The Bled). It was co-produced by Beau and Tim McTague (Underoath, Norma Jean, Carrollhood).”

LIMBS has a video for the title track of the album. The video can be found on YouTube, the label’s website and the band’s website (http://www.whoislimbs.com/). It is a compilation of live footage from the band’s tour in April.

He also says the band members “have a tendency to treat our performances as intense cardio sessions.” LIMBS has a show booked for Ocala on Dec. 9 at O’Malley’s and hopes to have a local show booked soon. Immediately, Hunter hopes to “Tour. Tour. Tour. When you’re promoting a record, that’s pretty much the most important thing you can do for marketing (at least in this genre).” His long-term goals are to continue to build the brand/business side of the band.

He says it’s more involved than just writing and playing music. “If musicians strive to succeed professionally it’s important they understand that.” To everyone at HCC, Hunter says, “Stay in school and thanks for having me.”