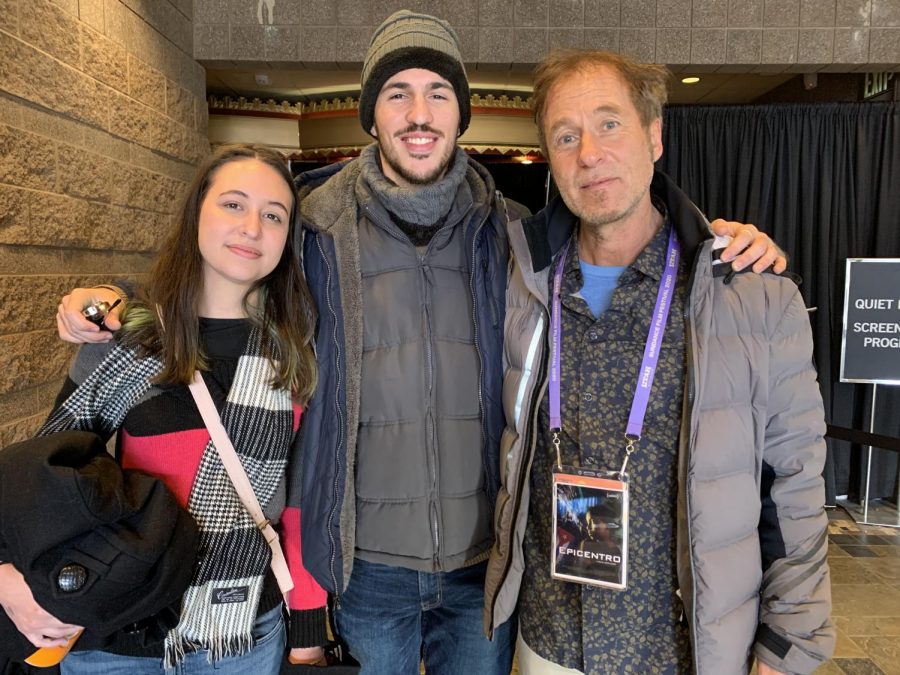 For some, one of the most enjoyable experiences at the Sundance Film Festival is watching virtual reality movies.

Unlike traditional films, virtual reality (VR) offers a total immersion in the filmmaker’s world, recreating scenes from all possible angles. A headset and a rotating chair allow the audience to have circular mobility and a 360-degree visual field.

This year, Sundance 2020 brought to the public a collection of VR short films from around the world. Through the lens of a camera, the spectator can travel from an abandoned mansion in South Africa to the coasts of Fukushima, home of the Japanese nuclear disaster of 2011. VR acts as a tele-transportation channel to all sorts of remote and fictional universes. The power of this technology grants unlimited freedom to both the filmmakers and the audience.

But is there anything else VR has to offer? Is this type of production going to have an unprecedented impact?

Milad Tangshir’s film, “VR Free,” seems to have an answer to these questions.

The movie explores the effect of virtual reality films on a group of inmates in an Italian prison. During the first minutes of the short, the spectators find themselves inside a claustrophobic prison cell. Reduced spaces, narrow corridors and repulsive food help the public to understand prisoners’ deplorable living conditions. There are no natural landscapes; only concrete walls can be seen.

As discussed in the article “Turning over a new leaf: The health-enabling capacities of nature contact in prison,” published in 2019, this environment can have a detrimental effect on inmates’ mental health and mood. Losing the ability to interact with outdoor nature, visit parks or go to social events decreases prisoners’ satisfaction levels.

Aware of this situation, Milad Tangshir decided to bring virtual freedom to one of the most “dramatic and harsh spaces, the prison.” As shown in the film, inmates are taken to a small room where they are provided with headsets. There, VR allows them to visit places to which they no longer have access, like the ocean, a city park, a soccer match or a family reunion.

The reaction of these prisoners while watching the films shows the audience the positive impact of VR on convicts. Tangshir says that his films “evoke emotion[s] and memory,” that set prisoners out of their cells.

A project of this magnitude could revolutionize the living conditions at correctional facilities and improve convicts’ mental health. According to a 2019 study in the journal Frontiers in Psychology, “numerous studies now show that 360-degree [outdoor] nature videos are therapeutic and improve mood within 6, 9 or 15 minutes.” For those who do not have outdoor access, VR would become a perfect way to find relaxation and mental stability.

The limited activities that can be performed in prisons can affect physical health and could weaken intellectual abilities. Luckily, “in addition to improvements in mood, cognitive functioning and physiological stress levels also show some benefit from brief 360-degree videos of nature,” states the study.

Even though Tangshir’s VR films are not available for prisoners at the moment, he aims to keep working on this project and bring VR technology to inmates.

“VR Free” is an inspirational film that shows how artistic talent can be used to bring beauty and happiness to a never perfect world.