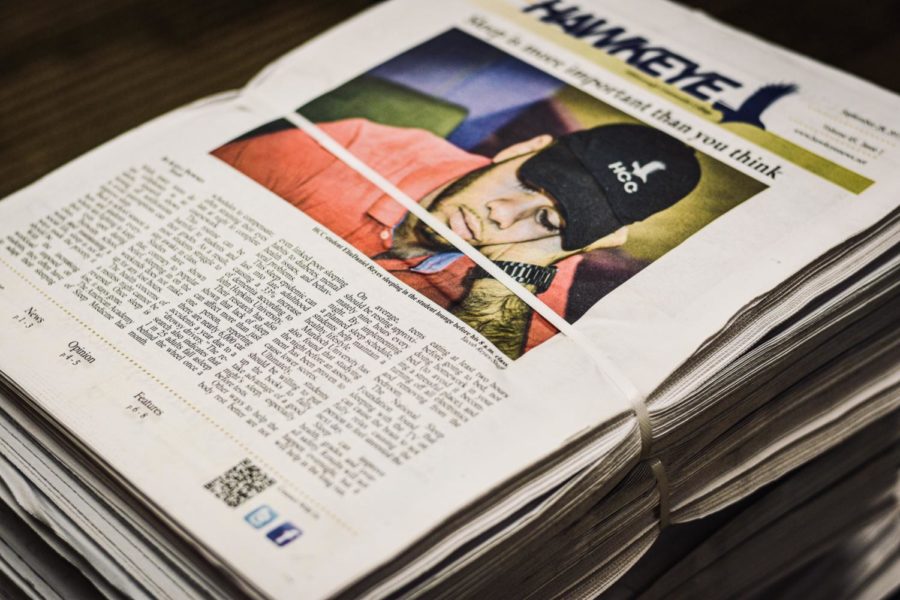 Hillsborough Community College’s student-led publication, The Hawkeye, was one of 10 college newspapers in the nation selected to participate in the Poynter College Media Project this year.

The Poynter College Media Project is a free, yearlong program that provides selected publications with in-newsroom training and resources for a reporting project related to their college or university.

Barbara Allen, the director of college programming at Poynter, spearheads the media project and has met with The Hawkeye staff to formulate a plan for the paper’s reporting project.

The Hawkeye’s project is titled, “Can you hear me now? HCC’s impact on marginalized students.”

The purpose of the project is to provide coverage of disenfranchised students from marginalized groups. In doing this, they aim to shed light on the College’s diverse culture and the everyday troubles members of said cultures face.

The publication recognizes that HCC, itself, plays a role in the stories of marginalized students, and a goal of the series would be to define such impact, be it positive or negative.

The series aims to build upon the paper’s previous coverage in the two-part “Buried In Silence” articles, which focused upon the plight of an undocumented student attending HCC.

“These stories aren’t just for the ignorant and privileged. The purpose of sharing these experiences isn’t to expand the perspective of the majority, but rather for other discounted people to know they’re not alone, that there are people whose struggles resemble theirs,” Susana Matta, the subject of the “Buried In Silence” articles, said. “It’s unfortunate that there has to be a project dedicated to telling the stories of marginalized people for their experiences to be heard, but I’m glad to know that there are people who care enough to use their platform and resources to tell our stories.”

In light of recent events, the publication believes that this project is relevant and will elevate voices that would otherwise go unheard.

The project will consist of first-person essays, narratives, and news articles evaluating HCC’s efforts to recruit and provide resources for students from various backgrounds. These stories will then appear in each of the six issues The Hawkeye produces during the academic year.

The Hawkeye also plans to host workshops and presentations to disseminate the project in spring 2021, be it virtual or otherwise.

“It is amazing to see the excitement the staff displays working on this project. I can’t wait to see the results,” Richard Gaspar, The Hawkeye’s advisor, said.

As of yet, no entries in the series have been published, but readers can expect to see updates posted online and in our next issue.

In the act of complete transparency, the paper will report on changes to its execution and the goals of said project.

The Hawkeye relies on the feedback of their community to highlight gaps in its coverage and the accuracy of their reports.

For more information regarding the project or tips, send an email to thehawkeye@hccfl.edu.